Occupy My Own Blog

The Occupy movement has captured my imagination. I’m watching, fascinated.

My days are already full to exhaustion with running my household and being Mama to my five kids. I know this is important work that will have a lasting impact on the world, but I’m also waiting to see if some avenue of participation in the greater sphere makes itself obvious to me.

For now I could make time to write. I could be present with my own words. Expressing myself gets bumped down to the bottom of my priority list because I feel like it’s something I do only for myself. But what if, in representing one’s perspective, one takes the first step into a larger world.

Some ideas I’ve had: student loan debt crisis, family survival lessons, emergency supplies, rain barrels, alter egos, usage of the word “occupy,” 8 years of living out of boxes then finally being unpacked, bootstraps vs. basic human rights… and some other stuff I can’t remember right now.

For now I will move forward in my own way, each day, in solidarity.

Earlier this year my husband and I, with the help of the generous staff and volunteers of Habitat for Humanity, bought a house on .18 acres of land.

Yes, that’s a decimal point. That’s almost two-tenths of an acre. With a five bedroom house on it.

I’m not complaining. In my ideal world, I’d have more land, but in the real world, I never thought I’d own anything. I owe it all to the fact that my life partner is relentlessly driven and hopelessly dedicated to providing for his family.

Having lived here only seven months, the land is still relatively blank, like a canvas waiting for a work of art to bloom upon it.

Although our imaginations are constrained by space restrictions, in a sense, it allows us to be even more creative. We have to get wacky and funky (which we both love to do) with our designs, and we are forced to narrow down what actually matters to us and what we can live without.

For me, I very much want: vegetable garden, strawberry patch, fire pit/hang out area, herb garden

For my husband: fruit trees, workshop

This morning we drew a sketch of the property and played with possibilities. I am acutely aware of what a special time this is, to lay the foundation of the life we will live.

It will, Great Spirit willing, be a life of food, family gatherings and creativity.

My Mom is having a mastectomy today. I wish I had any confidence in the medical system’s ability to diagnose, treat or even understand breast cancer. Or any kind of illness, really.

But with breast cancer in particular I’ve seen so many women tortured with the current preventative and curative methods. Maybe it’s because of the obscene amounts of money involved in every single procedure that I can’t help but suspect that the entire system is a self-perpetuating profit machine.

This pink campaign for the month of October, which extends even into the ultimate macho arena of NFL football, makes how much money in socks and hats and banners and whatnot?

Meanwhile there are women in this country who can’t even afford health care to get tested or treated. There are women being treated who are having to spend their life savings, sell their houses, run their families into terrifying debt, just to hope that the doctors have a clue what they’re doing. 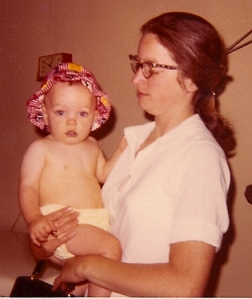 I hope that my Mom’s surgery today has the best possible outcome. I hope that there is the absolute minimum of pain and discomfort, and I’m including the pain of the extreme fear that is generated by this cancer machine. She, as well as all women, deserve healing, wholeness and peace of mind.

Is there any of this in our current cancer program?

Flashback to the West Coast

We’d been wanting to check out Asheville, NC (about one and half hours west of here) for a few years. Well, we did go to a Drive-By Truckers concert there a couple of years ago, but I don’t count driving into town in the dark, going into a concert and leaving town in the dark as actually visiting somewhere.

I was looking forward to being around the hippies and freaks, the art and culture, the diversity of opinion. I’m from such a place, after all, having lived in the East Bay, Mendocino, Santa Cruz, Eugene.

How telling it was that along with the “peace and love” artsy-fartsiness we encountered, we also got the West Coast ‘tude. As in, I don’t see you and if I did I wouldn’t give you the time of day anyway.

I instantly missed Hickory. I was immediately desperate for a stranger to look at me, smile and say hello. I went 37 years of living on the West Coast, which is devoid of that kind of hospitality, but after 4 years of being surrounded by civilized humans here in the South, I guess I am seriously addicted.

Tattoos and Quitting the Game

I am having a recurrent thought: “Just tattoo your face and get it over with.”

I don’t have any plans to carry it out, and it’s not been something I’ve ever truly wanted, although there are a few tattoos I’d like to get in other places.

Hypothetically, if I were to do such a thing, it would consist of tribal spirals along the edge(s) of my face. Nothing seriously freaky, but still, an out-of-the-ordinary body decoration, no matter how subdued the art.

I think this thought has been occurring repeatedly because it represents a permanent signing off of the Game. Not the Game of Life, a gauntlet of physical and mental tests from birth through growth, acquiring skills, illness, endurance, etc., ultimately ending in death, which I find to be a fulfilling challenge. A facial tattoo would have almost no effect on this Game.

I am also not speaking of the Game of Family, Friends and Community, which involves the trials and joys resulting from establishing and maintaining intimate connections, which give purpose and depth to existence. I think a tattoo on the face would present some small but certainly surmountable issues in these Games, if played with truly loving, wise individuals. It would definitely weed out the shallow and the severely judgmental, and how could that be bad?

I’m talking about the Game of Society, the artificially dangerous labyrinth of red tape, licenses, diplomas, renown, accolades, credit scores, retirement packages and insurance policies. I’m fairly certain that a tattoo on the face would be quite near a guarantee that a person would lose this Game. I think an intentional walk off that cliff would be a lot of the point.

I currently have a tattoo on my wrist which I can hide with very long sleeves. And I do, for job interviews and the like. Hide who I am.

When it’s visible, there are times when people will be talking to me casually, say in the grocery store, and they will have the normal, blank, polite smile, then they glance over and see my tattoo and their face kind of lights up with a fresh attention. They look back up at my face and they aren’t sure anymore. They were certain of something a second ago, and then everything shifted. I’m not sure what it would be like to just start from that point.

The message with regards to “reputation” would be: I quit. I refuse to submit to random regulations in order to scramble for some of the crumbs you allow to fall from your ivory tower. I hate the Game and I’m not playing, so don’t even try to make me. There are obviously other things, outside of your cruel and soulless box, that mean much more to me.

The message about identity would be: You don’t know who I am or what I’m capable of. If I have this much disregard for the most basic rules of how to participate in polite society then all bets are off. Get to know me or walk away. Pay attention to what I say and what I do or leave now and forever wonder. I’m not an anonymous pawn. I’m not a timid cog.

Granted, there is a lot of anger in those messages. There is a lot of responsibility in moving beyond that point of no return. Right now the idea is serving as simply a way to vent some of my frustration, and a mental exercise in examining possibilities. One thing for sure, it would definitely be a gamechanger.